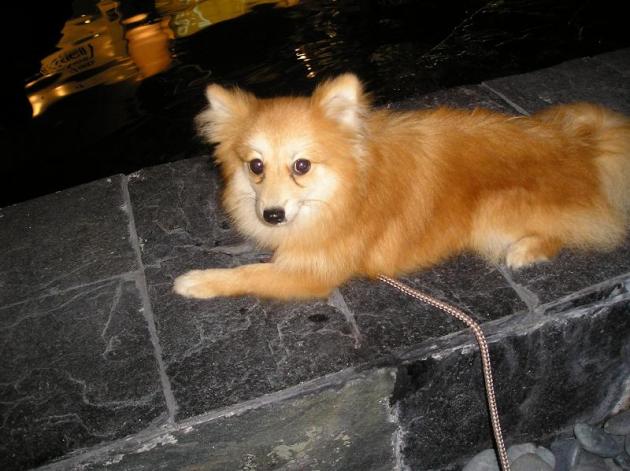 Leo in 2007 at Bonifacio High Street

Leo was such a cute Pom that was what I can recall, the first time I saw him three years ago and even if I am not into small breeds, I was taken away by his very friendly behavior. He was such a darling 🙂 .

Leo was almost same age of my Bea, which turned three this year. His human are my former housemates July and Rackie. I felt familiar with him it’s because his human Rackie and I occasionally talked about our canine, about raising them, about grooming, about the latest trick 🙂  that only a canine lover would definitely appreciate.

Leo became July and Rackie’s loyal companion. He may even develop a closer relationship with Rackie over the years because Rackie’s schedule allowed her to stay longer at home. Rackie had Leo’s fondest memory to recall.

Leo was sick 😦 . I know for a time Leo became sickly last year because of a liver problem. He was on medication for some time and maybe nobody thought it could be life threatening. Leo cannot tell something is ailing after all, he would pretend to be always excited, waggling his tail but innate his sturdy feature he is suffering.

Leo did not the make it to another dog year. I got the news of his passing away yesterday. I felt sad, I felt sorry. He never came to even half of the average life expectancy of a Pom. Maybe God wanted to end his pain, maybe God needed him at Doggie Heaven for as special task. His life maybe too short but would always be the most remarkable three years for July and Rackie.

Leo will be missed. His human will do and the rest of the family who welcome him dearly. Never enough love. Gone and never forgotten. Leo, may you find a perfect place in Doggie Heaven.

How was it at the Rainbow Bridge?

rainbow be with you…

Thank God, It’s Friday! I long wished for this day to happen because it’s been a bad week. Who made it bad? Well, let’s say people who abusively used the word “clarity” and “update” back at the office. I don’t want any of them anymore, please 😐 .

Anyway, let’s hope for a happier weekend again this time since husband and I will enjoy another three days off; Monday is All Saint’s Day. We had plans however there would be times those plans would be just plans so I would let the universe decide for me this time 🙂 .

Tomorrow, we had plans of bringing the kids to One Tagaytay Place for the Halloween event but I had second thoughts considering the rates. I find it a little expensive especially if husband and I will both attend. Let’s see if this thing pushes through…

On Sunday, Irish baby B will have his “Paliguan”, it a small celebration, which will highlight the baby’s taking a bath though it wasn’t the first time. Normally, the family would prepare “Ginataang Bilo-Bilo” or the one we called “Palarusdos” in Cavite.

And on Monday, we will visit our departed love ones. It would be a very busy day because we have three graveyards to visit. I only wish I could be super girl at times 🙂 . 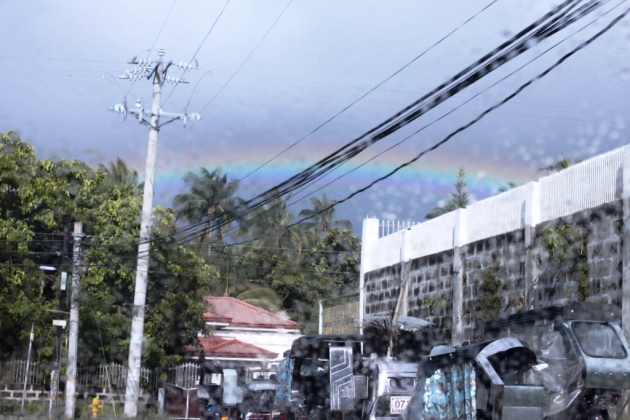 somewhere over the rainbow way up high...

I am leaving you this day a glimpse of the beautiful rainbow I captured last weekend. May it bring hope and promise to everyone. There could no pot of gold at the end of it but I am certain that it’s all magnificence 🙂 .

my weekend loot (courtesy of ES)

While Bea was enjoying her loot, I am enjoying mine too 🙂 . 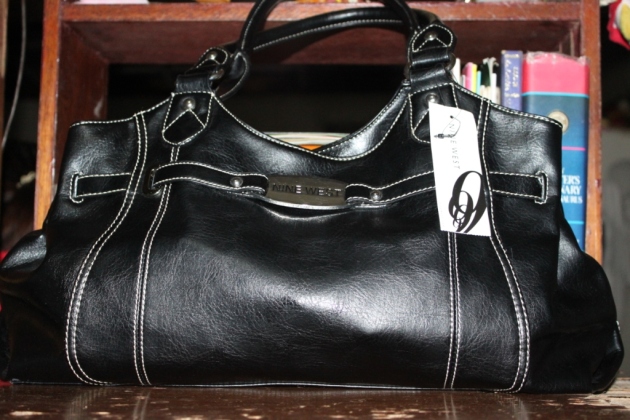 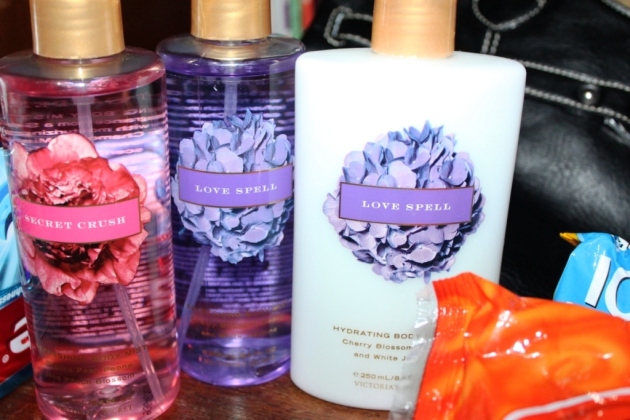 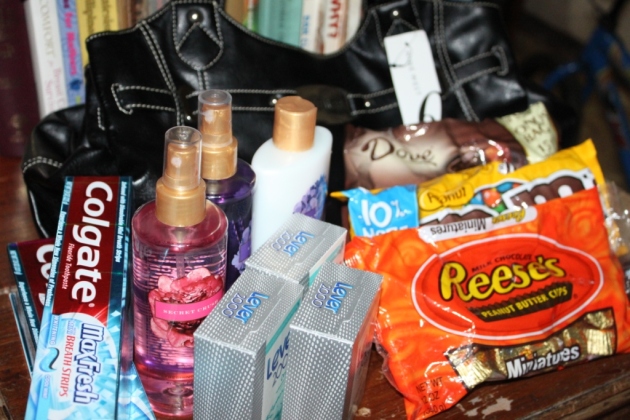 This is what I got over the weekend, many thanks to my friend ES for the superb choices. I wonder what to send her back, hmmmnnnn…I think I need to check Market Market pasalubong stalls. When? I dunno pa 🙂 .

Monday was Barangay election and like the past elections, we would hurriedly drive back to Makati so husband can vote. Right after, we went to SM Mall of Asia to pick up Bea’s loot bag at Pet Express. 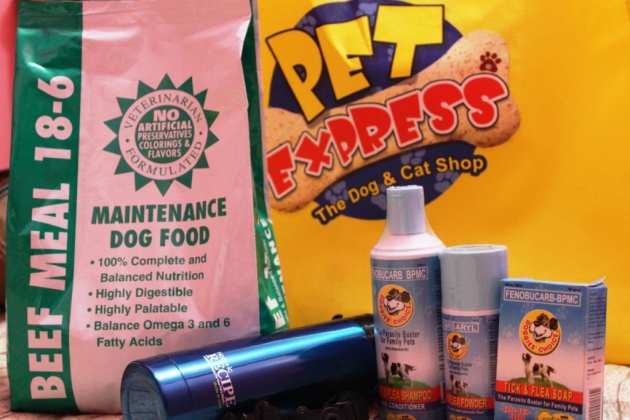 Btw, this was Bea’s winning at FN’s Cutest Pet Promo where she landed as one of the Honorable Mention. See my girl had the same luck as Momi has on promos and contest 🙂 .  You think we try the lottery this time, hehehe… the grand lotto jackpot is at Php272, 438,161.20 as of yesterday -a big WOW!

Okay, I am still in the middle of my work where blogging should be prohibited but the heck I need a break occasionally so I am breaking the rule 🙂 .

bea, on the road, promo 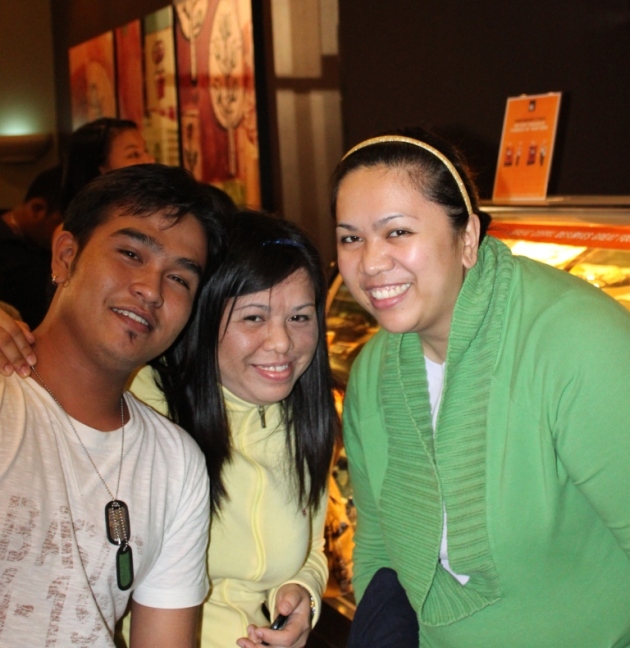 Sunday, after visiting the newborn baby we head to Tagaytay to chill out kaya lang there’s liquor ban so we had no other option but the favorite coffee stop –Starbucks! There’s nothing new to it except that Starbucks wasn’t so crowded that night and we got a decent seat this time 🙂 . 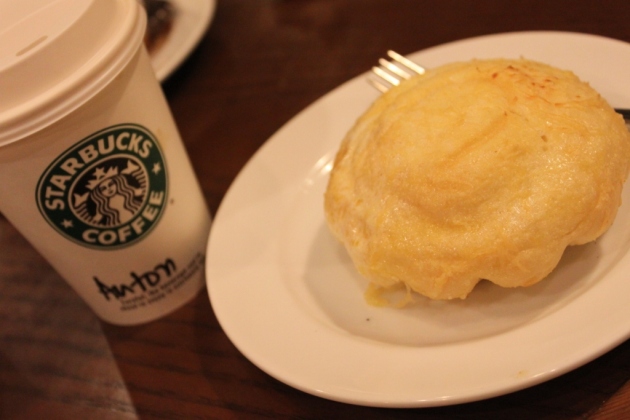 I enjoyed much my cup of latte that night!

family, foodie, indulgence, on the road 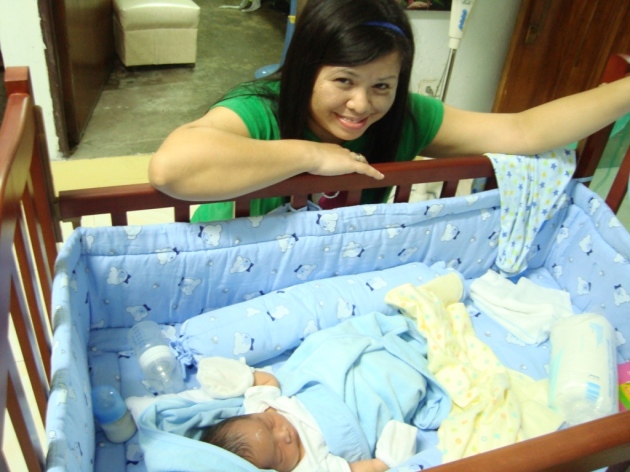 Sunday night we visit baby Banuy again, this time he is now home and sleeping soundly on his crib. My cousin Irish was still very weak to go around but I’m pretty sure she will be back to shape soon 🙂 . 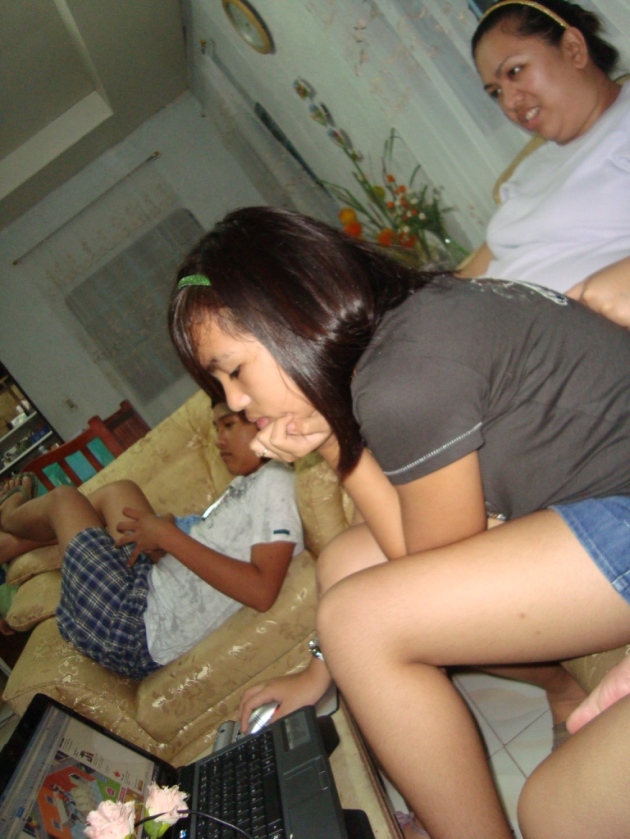 We had a very delicious dinner prepared by Tita Bebot –Bulalo and fried chicken wings! It was a very casual night for everyone. We left past 10pm and head to Tagaytay with Moki.