dessert and snack in one

Yesterday was another holiday for us who works along the San Juan area, Pinaglabanan Day was celebrated but as customary the company would ask us to work on a skeletal basis. My girls went to work while I decide not to go this time besides I have some personal errands to attend to.

Back at home, I had time to review my back-blogs and had time to check on the kitchen as well. Found out that the bananas we brought last week are now ripened. With several bunches of it we cannot eat it all and I’m afraid some of it would be wasted in time. Guess what? I make some sweetened bananas out of it, caramelized bananas with brown sugar. Now, we have dessert and snack at the same time for the next couple of days. 🙂

Because of our erratic schedule the past few days cooking is a bit of challenge for me especially that we don’t have much stock of greens and completely out of stock of fresh sea catch. When things like this happen, canned and processed food becomes our savior. Alleluia! But since canned goods and processed foods are known to have bad effects we remain conscious on its consumption besides we don’t eat those regularly. The challenge now is how to eat it rationally. 🙂 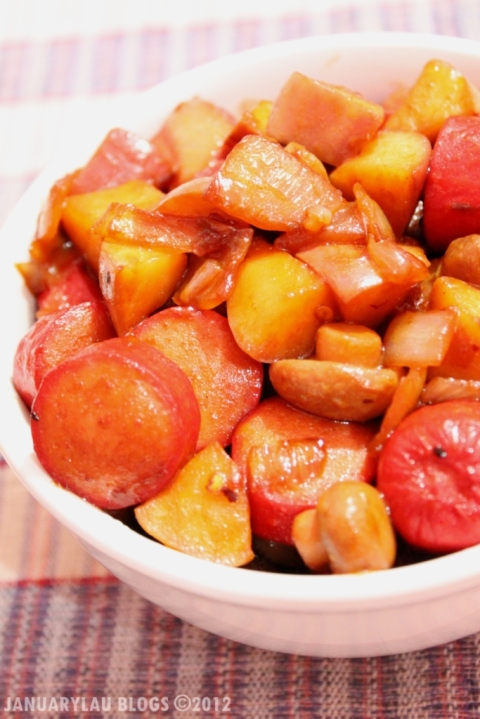 Last night we had hotdogs, it gives me some guilt feel but with mushrooms and apples sauté with it I was able to swallow pieces of it less the guiltiness. To add flavors I put some tomato sauce and Kikkoman.

My very own recipe 🙂  but next time I suppose some barbeque sauce would do the job a lot better.

And tonight we had corned beef which I cooked with bok choy (pechay). In the absence of cabbage this leafy vegetable makes a good alternate. Actually I came up with this dish knowing that Leoncio craves for corned beef earlier this week.

He loves it and it makes sense to me that once in a while I can take a break and cheats that way my cravings would be of lesser evil.

Well, tomorrow is Friday once more and I look forward to a gratifying weekend this time. 😛 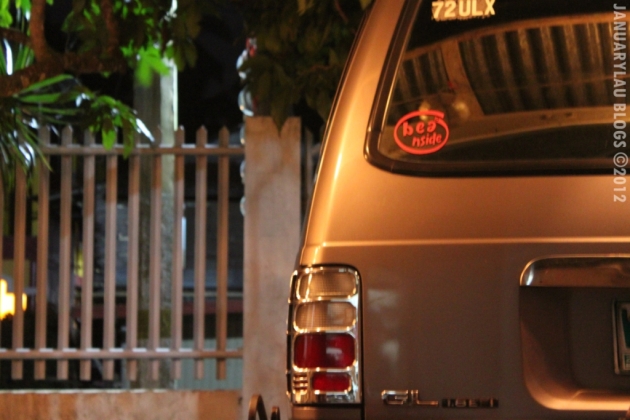 The second leg of our long weekend in August was spent yet again in my home town and it’s because we didn’t tell anyone that we’re coming, people at our house were all surprised of our unexpected arrival.  Sometimes, surprises really work just like that hehehe. 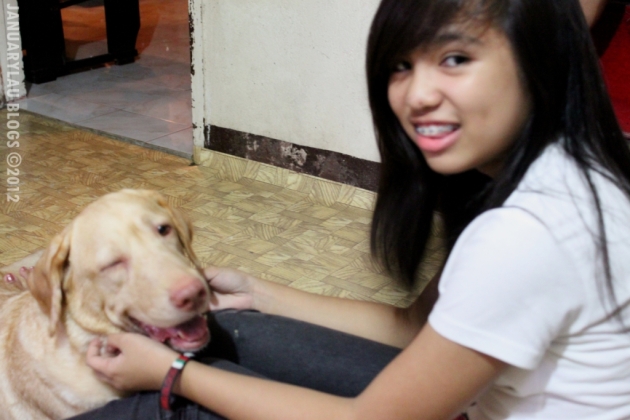 Anyhow, we lazed around the house on Saturday night and the whole of Sunday. Felt too lazy to go anywhere else so we’re like hostages at home except that we’re like VIP –TV, eat and sleep! 😀  Hey, we’re on vacay so we grab the chance of overdoing it. The best part of it we’re able to spend time with B. 🙂

Ever wonder why the household now is crammed with kids? They’re vacationing too, oh not really; they’re my parents’ orphans’ hehehe.

Two girls were a second cousin’s daughters, two boys were my sister’s helper sons and the healthy cute boy is P, who loves to stay at my parents’ house these days. So imagine the clatter they create every now and then, hay! And probably because I’m not so used to it, it’s becoming stressful sometimes. Okay, not the one that I can’t stand. 🙂

When Monday came, we decided that it’s time to kick off, get some cool breeze, visit some places and eat out. Well, because Monday was another holiday it’s like Sunday after all.  We drove at the ridge of Tagaytay with no definite until it popped from my pious side that we go first at the Adoration Convent of Divine Mercy Pink Sisters.

I frequented the place from high school and all through the years I worked in the telco, and the last time we visited was documented here. But to my surprise it’s Leoncio’s first time to visit the place. How come ‘ney? Now I have to back read the old blog why we’re not together that time. Ya, you missed it because of the errand you had back in Ilocos and Bei and I had to stay in Cavite. 2010 was really a worst year for us to miss so many things. Sigh!

Anyway, from now on I see us visiting more often. 😀

On this side was Divine Word Seminary which we refer to as SVD (in latin Societas Verbi Divini, translation in English is Society of the Divine Word).

I can’t help but recall the many times we spent our school sports fest here, though it was long ago I remember we even have friends from the seminary only that I could no longer recollect their names. I wonder if they successfully pass the course and get ordained.

I failed to show them around because the route from the Pink Sisters compound was a little cluttered with elevated grass covering the trail. And because of the recent rains the loam is soft, going around is not advised especially with kids in tow. The next time, we could probably make use of its main entrance at SVD Road. We left the place before sundown, glad there was no rain that day, and went ahead at Summit Ridge Promenade for an early dinner.

The kids wanted none other than pizza, so we have to comply.

Keeping them busy while waiting for our food to arrive. 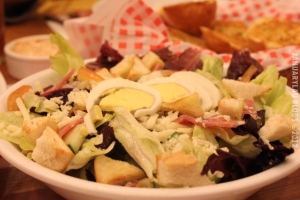 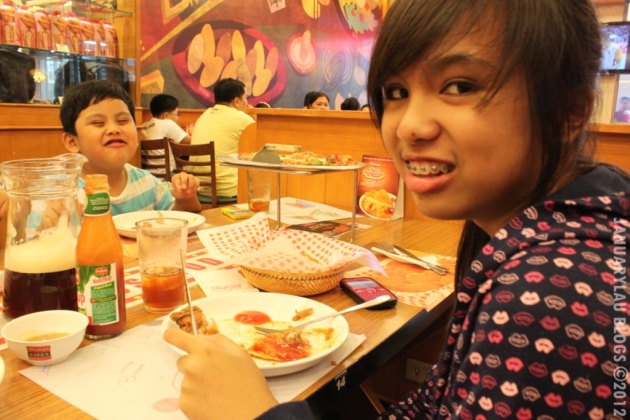 Believe me but the waiting time is longer than the time we wolfed everything down. 😀

The kids played at the 2nd floor right after dinner while Leoncio and I went at the supermarket. Too bad that I didn’t capture any photo of them while enjoying the activity at the gaming station.

Now, care for some chick? Before we drove home, we snacked some. That one-day old chick was Leoncio’s while we had quail eggs and fries to cap off the night. 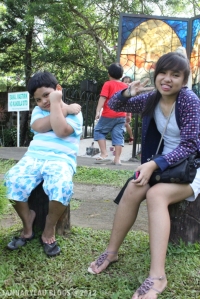 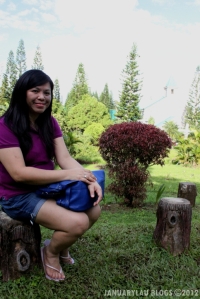 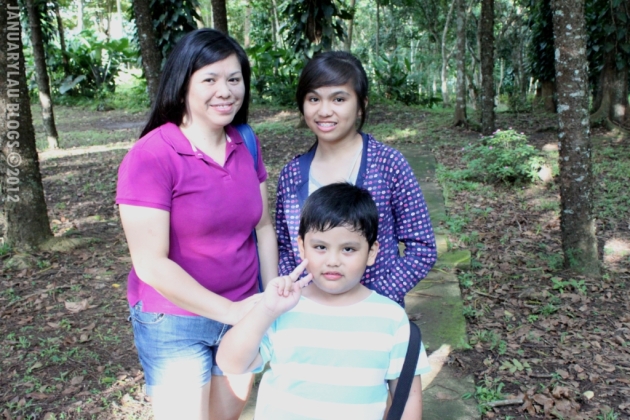 It was another astounding weekend with the family and in one week time we’ll be home again. And yes, the “ber” month is coming so soon! It spells more holidays for me! 😛 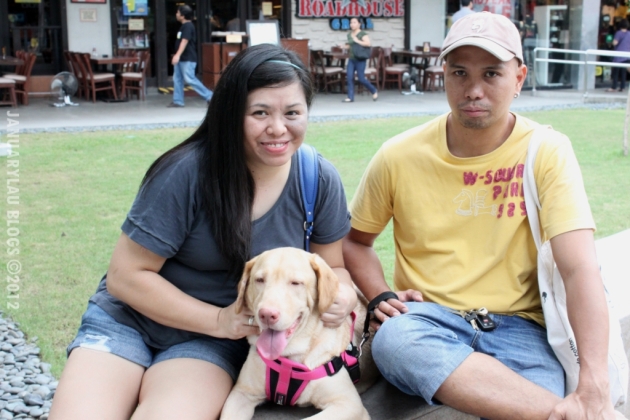 The first long weekend in August this year was spent splendidly with everyone dear to me, I don’t mind the long trip back and forth, the side expenses accounted with it and the dog-tired feel after each visit. 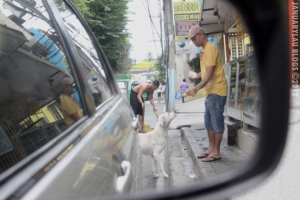 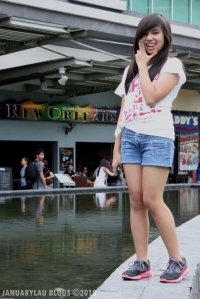 Believe that I don’t mind doing it all over again this weekend! 😀

what makes us drive to Cavite this month?

Ya, we spent the looong weekend at my parent’s house in Cavite and the happenings during that 4 days off from work is yet to be blog soon. I have to pause from blogging once again because work back at the office is overflowing following the holiday. Sigh! 😐

Anyhow, the work week is about the end again in a few more hours and another long weekend awaits us all. Leoncio and I still have second thoughts of spending it again in Cavite after the significant fuel hike this week. But wait, just thinking that we will be missing Nanay’s home-cooked meals and Tatay’s local harvest from his small fruit farm we might bend our plan overnight. Looks like B will have Momi and Dadi again. 😀

And I’m proudly talking about the local harvest we brought to Manila and enjoyed during the rest of the week.

Red Lady Papaya. It’s not the usual papaya I grow up with; this variety is orange, sweet and elongated.

Dragon Fruit. This one not from my Tatay’s fruit farm but for P50 a kilo, its sounds a very good deal besides the producer gave us a bagful of this very delicious and nutritious fruit for free. 🙂

We also had bananas in two varieties, saba (cardaba) and latundan, santol and rambutan. And even if I’m not a big fan of santol I can guarantee its sweetness and juicy tissue. A couple more years, we’re looking at harvesting bunches of lanzones fruit. Hurray for my Tatay for his green thumb and his hard work!

P.S. Of course B’s being there makes us want to come home regularly. 😛

Hurray to the upcoming loooong weekend 🙂 but before we bid this workweek goodbye we had a little party at the office.

Our youngest staff (in my team) marked her 22nd birthday. Geb was MJ’s understudy but in time this girl would soon be one of the regulars. 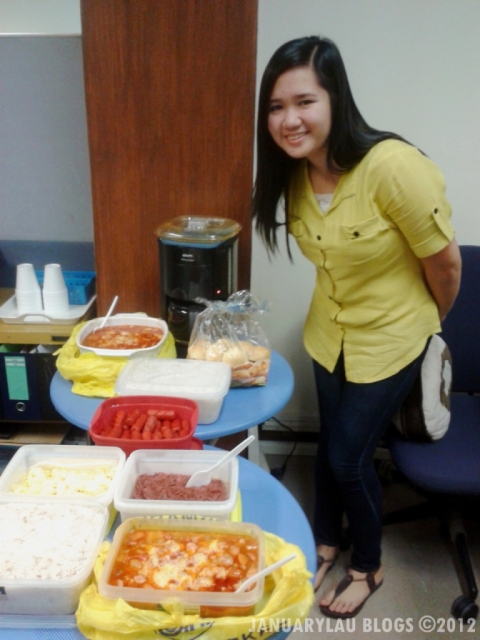 Anyhow, like our usual fête we brought in some breakfast food which we shared with some of the Sales and Support team.

Apart from celebrating Geb’s birthday, we took the same time to wish Janet good luck as she moved to another group by month end. Janet, stay as simple as you are two years ago. And whatever you may become in the future, always keep your feet on the ground. All the best!

Now, I am as happy as a free bird looking forward to be home with my love ones. I wish everyone well as we all enjoy the long break. Thank you P-Noy! 😀