I’m thinking that maybe during our past life we have a little Chinese blood or maybe we actually live right at the heart of Chinatown and was once a business folk who ran hopia factory or dimsum house. Hahaha. Imagine if it was true, I’d probably make my “stalker” a million times envious of my flawless porcelain skin, slim body structure and luscious locks. So be thankful that my ancestors decided to make a living in the highlands and do farming instead of trading.

But you see there’s really something about the Chinese culture that we both love –its cuisine, one of the richest and most diverse culinary heritages in the world. And for that reason alone, we’d always save patience for the worst bottleneck going to busy Binondo.

One Saturday afternoon we felt the urged to go once more, we’ve missed all the cheap frills that’s why. We left the house at almost noon time, took the public transport like we used to do when going to this side of the city, think about of traffic and parking problems and well, you’ll just love the calesa or kuliglig ride or just walk your way which we’d always do to save time. Because traffic was real heavy that time, the jeepney took a different route which led us to Sta. Cruz and to its neighboring Escolta, Yuchengco, Dasmarinas and Tomas Pinpin streets. Just right, because we’re visiting a restaurant at Tomas Pinpin to prove its oldness and its worthiness, no joke, I suddenly felt so behind after seeing a facebook post that there stood the oldest restaurant in Manila or some says in the country. Imagine it existed during Jose Rizal’s time and it witnessed too many events to account, say hello to 1888. Much as I love the vibe of new restaurant these days my love affair with the old remained to be on top, it’s always a win over experience and I can’t tell why. There’s this something in me that just love the rustic feel and all. 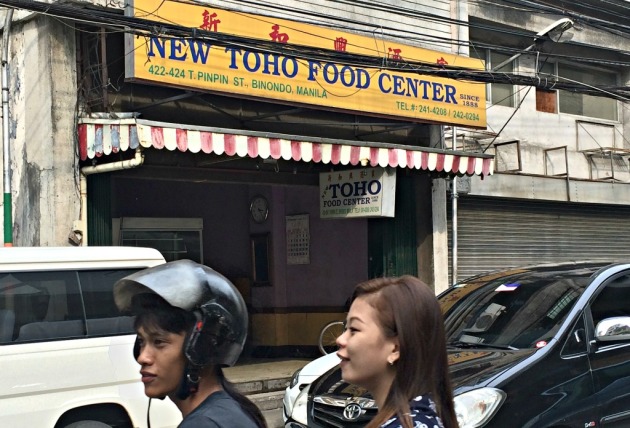 In 1984 Tojo Antigua Panciteria was burned down after a neighboring restaurant caught fire, it was rebuilt and named as the New Toho Food Center. If you’ve been to Binondo restaurants, New Toho doesn’t differ at all, it’s typically Chinese with cold cuts display, tiled flooring that’s too old I guess, spacious and minimal, no-frill at all and smells Chinese-y even from outside.

Since it was already way past lunch when we arrived at the restaurant, only few diners were there and eventually we have the restaurant by ourselves. I scanned the menu, it’s nothing out of the ordinary if I may say but I heard camaron is a must, so we had it included in our set. 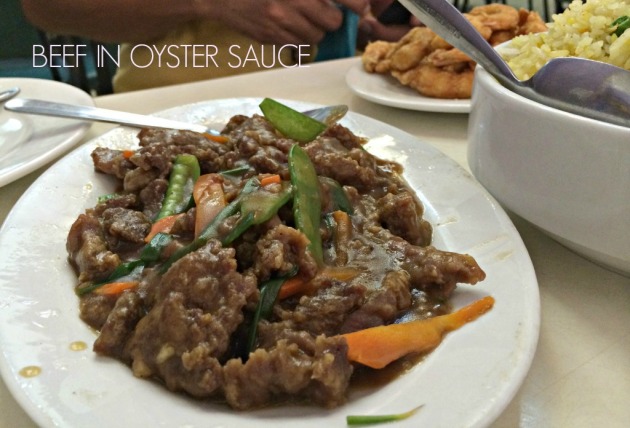 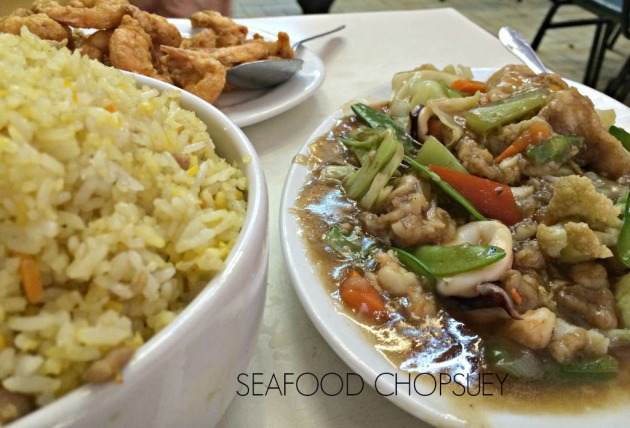 We also had Beef in Oyster Sauce, Seafood Chopsuey, Chinese Kikiam and Yang Chow fried rice. All in small serving, so we thought, small is good for two but the food we order can actually fed four. Call us gluttons but if it’s as affordable as this who wouldn’t like to go beyond the limit. Besides we can always take out the left over and reheat at home, nothing goes to waste for us because I can always reprocess it at home. 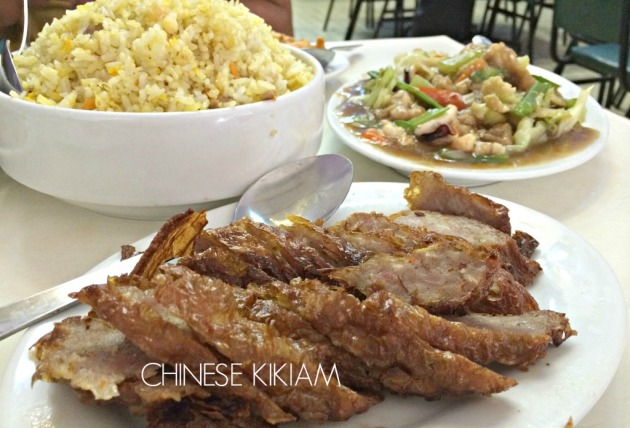 Aside from the Camaron Rebosado this Chinese Kikiam was one of the best I had so far! ♥

Our super late lunch was super worth the trip and I’d like to go back sometime to sample their pancit and asado next. 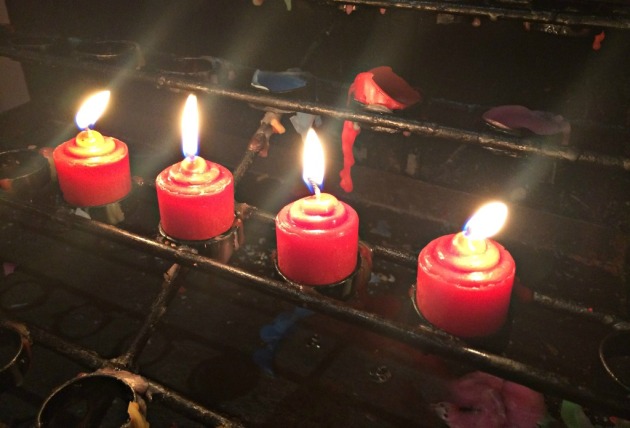 And because we’re just so near Divi market, we grabbed that chance to walk around, started off from Binondo Church to give thanks for the safe flight to downtown, for the food we just ate and for our daily blessing of simply waking up in good shape everyday. We skipped Eng Bee Tin this time just because we can always bought some at the supermarket now, when we passed by Ramada Hotel I told the husband that we should check-in next year in time for the Chinese New Year, so to witness dragon dancing and fireworks. We stopped at the Lucky Chinatown Mall, our first time to visit; I was wowed at how Divi has become upscale over the years especially the clean restrooms and fancy restaurants. We explored a bit and found some cheap px goodies at the annex building, they sell chocolates and chips, a tub of Pringles for as low as P75. I hoarded a bit of this and that. From Lucky Chinatown, we walked through the nearby 168 Mall but left immediately for fear that I might end up buying stuffs I’d later not use because of its poor quality. We bought plethora of fruits and vegetables because it’s inexpensive and to sustain our no-rice challenge again following that weekend. Now you know I’m kind of in a diet thing again. We almost had all sorts –apples, grapes, ponkan, atis, pomelo. We also got some French beans, carrots, zucchini, cauliflower, corn and the famous fried siopao. Oh and by the way, the next time we visit Binondo, we’re trying Ying-Ying Tea House.

I wish all weekends can be like this –laid-back, no rush, I can be in my comfiest crocs and shorts and the husband is in good mood to give in to all my demands. 🙂

But while we’re having some good time that weekend somebody close to our hearts passed away 😦 , our semi-adopted aspin “Pong” already crossed the rainbow bridge. It was unexpected and I felt mournful for this lost, Pong was only four and better days are still coming his way but he gives out. I can only pray for his happiness after life, the life with no more pain, no more abuse, no more hunger. Pong deserves a better life in heaven.