an open letter to D’ Banquet

I’m writing to inform you about the negative experience at your restaurant, D’ Banquet, in Tagaytay on January 19, 2014. My official receipt number is 3707 for your reference, and the person who handled my order was named Angelo Arrojo and the manager on duty was Mr. Chito Anico.

First of all, I recognize that you, as the reader of this letter, are not responsible for my bad experience, but I am still upset about the situation and would like to ask you as the restaurant owner how a customer complaint should be handled and addressed. 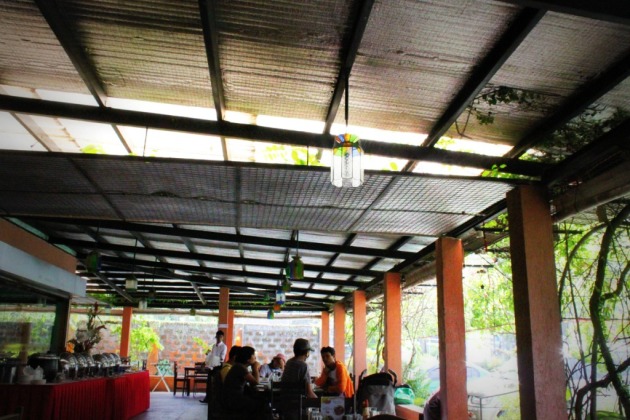 My party and I arrived at the D’ Banquet at passed 1:30pm, due to a friend’s recommendation we even braved the traffic coming from Monte Maria. And since the restaurant itself claimed “fine dining” ambiance I highly expect from the SETTING, FOOD and SERVICE of course. At the onset, I feel good that the restaurant had a lunch buffet but with its very limited selection I felt bad that my P300 wouldn’t be worth of good food. So, my party decided to order ala carte from its menu. We had your famous Binagoongang Boneless Crispy Pata, which isn’t really boneless; it was cut into portions to make it look as if boneless and far from the regular Crispy Pata with very visible knuckles. We chose to separate the bagoong per se so the kids can enjoy it minus the pungent fish (or shrimp for that matter) pier scent. We also had Pinakbet, Sinigang na Salmon, Sisig and T-bone steak. It wasn’t a long wait really before our orders came in and for that I’ll give two thumbs up for your very efficient kitchen staffs. As our wait staff, Angelo, started to put our orders in our table he accidentally poured the whole salver of bagoong into my bag sitting just behind me. I felt really upset and panicked at the same time for my six-month old Longchamp Planètes, it may not be a luxurious designer bag comparable to LV, Gucci, Prada, etc. but it remains pricey for a regular worker like me. I hope you get my point here. My blouse wasn’t spared from bagoong spills as well but my attention was focused on the bag which by that time was quickly taken from my seat by Angelo, he tried to wipe the spills with a cloth with hot water while saying his endless apology. But the fact that it’s bagoong, despite his hard attempt to wipe the residue he failed, the strong odors remains as is on its zipper and on its leather trim and on its canvass body. While my party started to eat lunch I was left in one corner worrying how my bag can be restored –stain free and all.

My party convinced me to eat first which I obliged, it was very hard for me to swallow my food, I can’t focus on what I am consuming hence I cannot really attest if the food is good or not. Because my party ate ahead of me it is very obvious that they finished earlier, thus the second incident happened. Half of the party was still eating with me when another waiter approached and started clearing out plates even without asking me or anyone from my party. I was observing him and waited for him to come near my side of the table, I evenly told him that I am still eating in which he shy away. While it became a norm for some restaurants, upper-end restaurants, to clear out plates even before the rest of the diners finished their meal this protocol remain to be rude and offensive. And though this may be well-intentioned it conveys the not so subtle message for an already annoyed customer like me. I can feel my nerves shaking of a looming dispute by now and the worst had happen thus, incident no. three.

While we were still half discussing the second incident, Angelo approached and handed me the bill. You have to take note that I was still trying to finish my plate that time. I asked my party who requested it first, nobody gave affirmation, I guess even without me asking them they would not make the move because foremost I am paying here other than I want to validate Angelo’s claim that somebody from my party truly requested it. They say third time’s a charm but not here not this time –this one is STUPIDITY! I’m not sorry for the word, it’s very discreditable for a restaurant who promises an exceptional journey and spellbound and what else? FAILURE.

Because Angelo can no longer respond to my questions I asked for his Manager. Chito Anico looks reliable maybe because of age, I assume he had a more collective and substantial word of wisdom but lo and behold. I first went telling him the three incidents –the accidental bagoong spills on my bag and on my blouse, the rushed clearing of plates and the advance bill, it’s like we’re overstaying and we felt everyone wanted to rush us out. I have to mention here that there is no waiting customer for a table; likewise because it’s already mid-afternoon the diners were already numbered. Mr. Anico simply says sorry for the damage bag even without checking how bad it was nor he offered further cleaning, I assume he doesn’t know that leather trim oxidize with water and so and how bagoong stinks even after days. Go figure. He continued telling my party and me that the wait staffs will not clear the tables without our go signal and the worst he told me that the bill will not be in anyway advanced if no one requested it. This time Angelo pointed my six-year old nephew requested it, yes my six-year old nephew was the culprit of it as he claims in which Mr. Anico even repeatedly assert. Sensing that Mr. Anico had no people skills at all for a manager and was not apologetic in the slightest, I even don’t remember how the conversation with him ended. I paid fully but did not left the restaurant at all. My sister and I approached the counter, Mr. Anico was there and pretending to be busy probably to avoid us. When my sister requested for a log book Mr. Anico confidently says “wala pong problema” in which my sister sarcastically told him, “meron po kaya nga we are logging this incident”, my sister further asked the cashier who reviews the log book and was told that it was the owner. At this time, I presume you are still clueless of the incident or worst yet simply don’t care.

At the end I know things happen, it maybe all unintentional as that of Murphy’s Law, people can be careless in general but hey no one gets automatic pass.

To the MANAGEMENT of D’ BANQUET, Ms. Virgie Malipol and Ms. Amira Malipol, I would not propose any on how you would fix this because I believe the basic of customer service remains to be in general form.

Never lose a customer. Resolve customer complaints immediately, take ownership of the issue, satisfy the customer, and record the solution.

To MR. CHITO ANICO, you should know better! A six-year old kid is capable of paying a restaurant bill thus your claim. I hope you’ll further research about Besa’s bag spa, just in case it will happen all over again at least you can offer to pay for its cleaning and maintenance otherwise if you feel generous and bragging you can actually replace the damage item instantly. I would have appreciated your breaking in even from the outset of this sickening incident.

And lastly, I am sending my apology if my party had offended in any way some of your wait staff, it was not our intent.