It’s always pretty extraordinary when we’re home because I get to spend quality time with the B’s especially the clingy B who’d always wanted Momi’s attention. There were times I tried to go hiding when she’s busy poking around the kitchen and yet she would easily sense my absence and would go her way to look for me right away, I can’t be anywhere without her that’s it. So, even if I just needed to pee I have to leave a little opening so she’ll see me in a way. Bunso, ligo tayo! 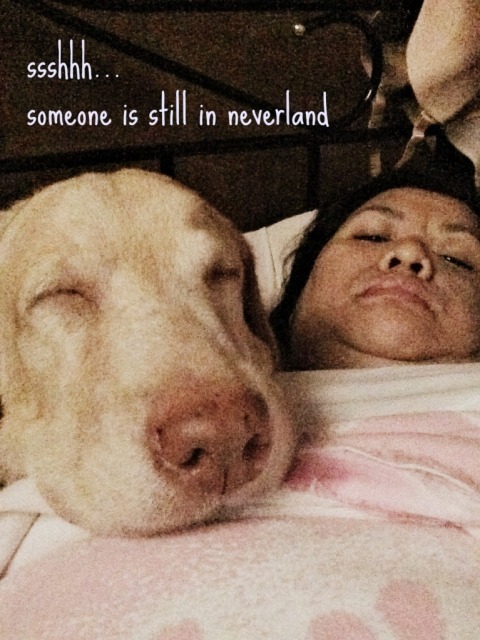 It’s one of the many reasons why I love going home, it’s one of the things I dearly look forward to, I love her smell (even if she’s stinky already), I love her sight in the morning and I love to watch her snooze in deep. I’m forever grateful because of her, B taught us freely what unconditional love is.

Anyhow, aside from the big B’s presence, I always have the other B’s banging woofs. The other B had this tendency to wield all his energy barking even at the gust of wind. And beneath he’s impassive looks his spirit remained to be of a small pup that loves belly rub and hugs. Oh boy! Momi still prays that may you soon outgrow the naughty days. Sorry that we need to put you on leash Boi. 😦

And there’s Tonyo, remember him? Yes, the fluffy white pup my friend Atoy gave three years ago. He used to stay at my sister’s compound but when the latter’s family moved back at the parental house he was relocated too. I’m guilty that I don’t play with him much as I played with the other two but every now and then I’d give him a nice rub especially when the backdoor is open and he peeks in.

That Saturday, I really had plenty of rest and sleep (?) and if it didn’t rained that night we could’ve lounged and had coffee at the ridge. I remember the husband even texted, asking me about plans that night but I was too lazy to go anywhere around. Besides, we’re leaving early the next day so we’d rather retire early on. The action-packed Sunday went on, read the first part here. 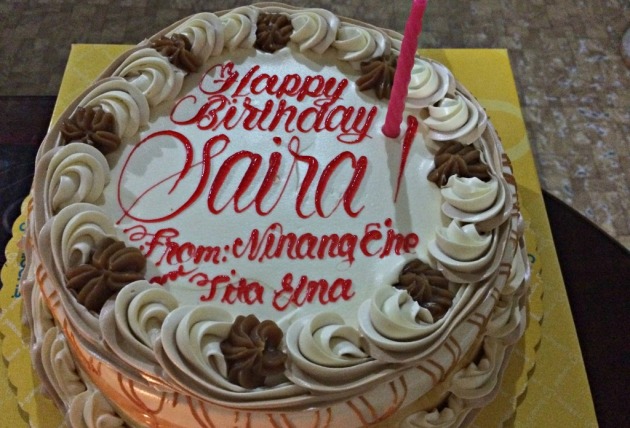 Arriving home from Tagaytay, we rushed a surprise birthday dinner for Saira, she is my second cousin’s pretty daughter. We found it late that’s why we didn’t had plans in advance. Sai and her sister Shane were a common sight at our household, they’re not just P’s playmate, they’re my Nanay’s orphans when the father is drunk and away. Yes they’re like orphans ever since the mother ran off from home and abandon them. Tsk. I could never understand how Lisa could simply abandon the kids and choose to create new memories somewhere else. Sigh! Anyhow, Sai was celebrating her 10th and we hope the little surprise made her happy despite the family issues and life crisis she’d been at her young age. I hope she’ll grow up to be strong and positive and happy. For now we wish her to enjoy every bits of her childhood.

Sai, you are loved, remember that always. ♥

Now, I can only look forward to my forthcoming long weekend next week. I’m vacationing starting on the 21st and will be back to work on the 26th. It’s like Christmas in August except that money is a little scarce now. Hehehe