The night before that tragic event we were having some good food, some booze and oodles of merry making at my cousin JB’s house in Tradition Homes. Nanay was even there and had dinner with us other than I asked my cousin Moki to bring her home and Ysa because I saw her sleepy and tired already. Earlier that day, my cousin JB and I were busy at his kitchen preparing the dinner spread, I was supposed to cook my simple calderata recipe only (which I specialize IMO 🙂) but the food glutton we are suddenly craved for some more pasta and tacos and I became the official chef of the night while the rest of my folks were taking their time and having some chitchats.

I love to cook for family only that at times I have my mood and most of the time I’m too lazy to touch the kitchen stuffs. But I was decided to impress everyone that night so I volunteered. Actually most of my maternal cousins are gifted with culinary expertise (ehem) and even without the formal schooling we can shake off those wannabe chefs. We got that wonderful talent from who else but our dear matriarch who pass over her love for cooking to her children and then later on to us. And Nanay whose passion to cooking started since I don’t know when never failed to welcome our tummies with hearty dishes and to this date her homemade meals remains to be unbeatable. 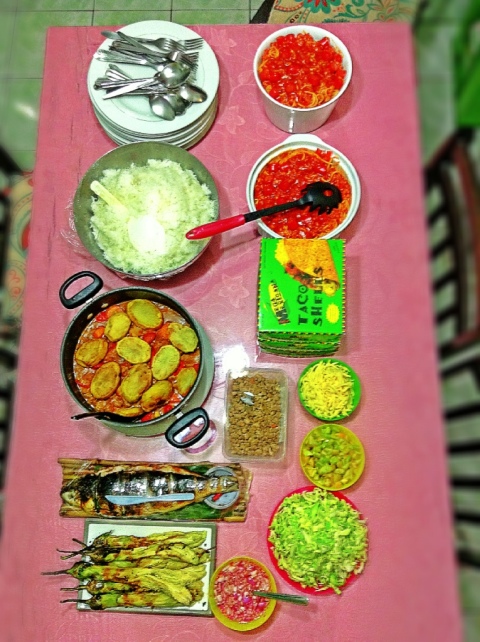 Except for the grilled milk fish everything is from scratch. 🙂 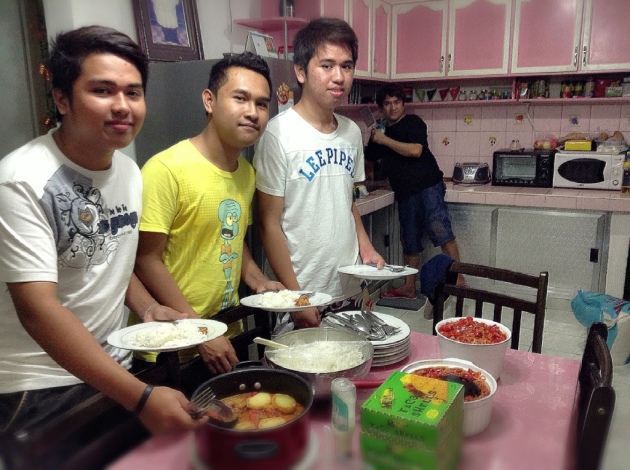 Anyhow, my cousin JB and I rocked his kitchen and prepared more than edible dishes if put side by side with carenderia meals, hahaha, kiddin’ aside our diners that night all gave two thumbs up for the hale and hearty dinner spread we lovingly prepared. Mga sipsip! Hehehe.

Someday I’ll own a small café and I’m gonna be chef of my own little nook. Abangan! ♥