Ever wonder what a tsubibo is? or ever heard the word before? 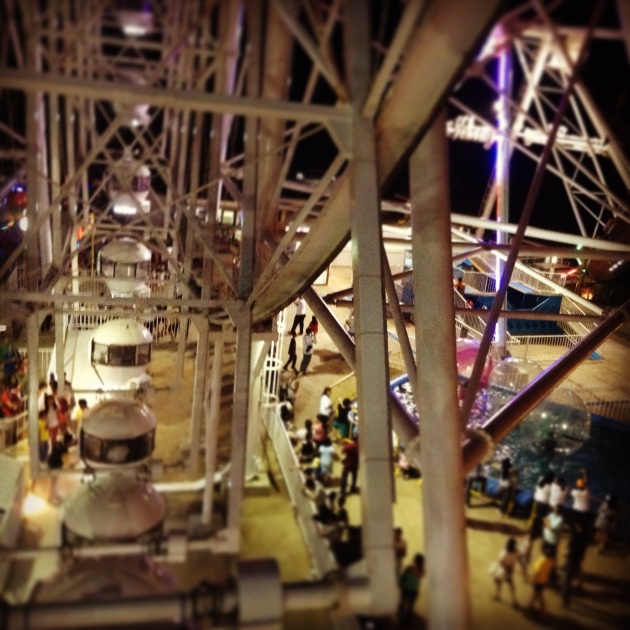 May is a festive month in my hometown as the town celebrates its town fiesta. I remember my growing up years, my sister and I would normally pack and spent a week before the fiesta at my Ninang Elo’s house. We do this so we can visit the perya (carnival fair) at night and play Bingo and other games including my favorite color game trick. Other than these games that entertain the town folks there were carnival rides too including the tsubibo or Ferris wheel. I can’t remember riding once because of fear, yes I’m scared to try after all the screaming I’ve been hearing from afar. And our small allowance can’t afford to pay its entrance fee before. So, I thought the Ferris wheel ride isn’t really ready for me.

Fast forward to 2000, my first visits to Enchanted Kingdom, my first Ferris wheel ride happen. 🙂 It was one of the many happiest times, I was able to conquer my fear with the former. I can’t help but love the feeling above and the beauty that my eyes could reach. I’ve gone to EK more than thrice and every chance I don’t pass up riding the Wheel of Fate. Now that there are theme parks developing rapidly the Ferris wheel became a permanent fixture. And it’s now being referred to as the “eye”. Why the eye? Because riders can have a panoramic view of all directions and you can do a lot of eyeing from the eye. 😀 I really don’t know the exact reason why it has to be named the “eye”, there are plenty of reasons available online if you’d check. Hehehe

Last year my first “eye ride” happened at the bayside of MOA where the grand MOA Eye stood to its mighty overlooking Manila Bay. I had to do a lot of convincing to Leoncio that we should ride it, it’s one of its kinds in the Philippines and we have to try it, it’s a must I say. After bribing him of a sumptuous dinner after he agreed timidly. So, while I was enjoying the 10-minute ride he was pretending to be fearless. Hahaha 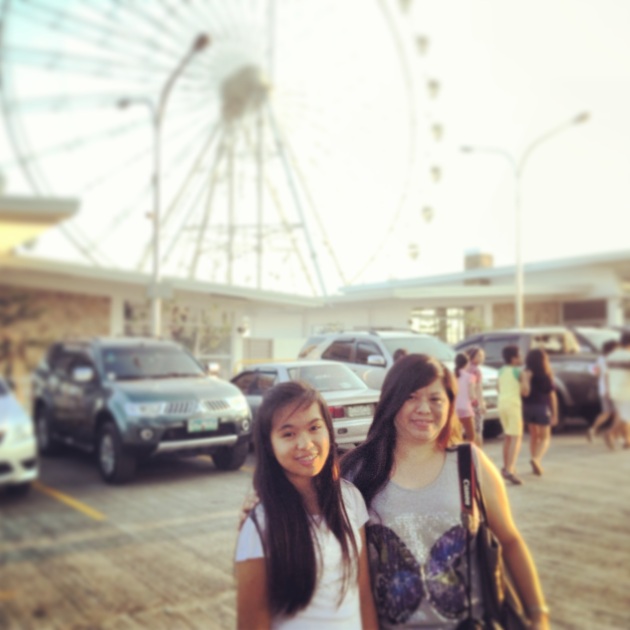 Recently, just this March, a new eye opened at the ridge of Tagaytay. This one called the Sky Eye which stood within the Sky Ranch, the newest theme park at the heart of Tagaytay. We’ve passed this site many times because the place is always packed out but eventually we scheduled the visit to grant the kids request. During Labor Day off, while husband and I decided to spend our one day off at Cavite we squeezed the Sky Ranch visit in the afternoon. The kids cannot contain their happiness and excitement. They’re like me the first time I had my Ferris wheel ride. We paid P50 for the entrance fee (take note that by June 1 entrance fee would double to P100) and you have to pay separately for the rides. The Sky Eye ride priced at P150 per head, the Super Vikings at P100 and the rest of the ride at P50. There weren’t too many rides yet and mostly it’s for kids. Food kiosks were numbered too. So after the Sky Eye ride we didn’t stay too long. Oh by the way the little boy didn’t miss the Thomas train ride. He was the happiest and the scariest while we’re up on the eye. Hahaha. I told the kids that we’re not visiting the Sky Ranch again up until the commercial area is opened. 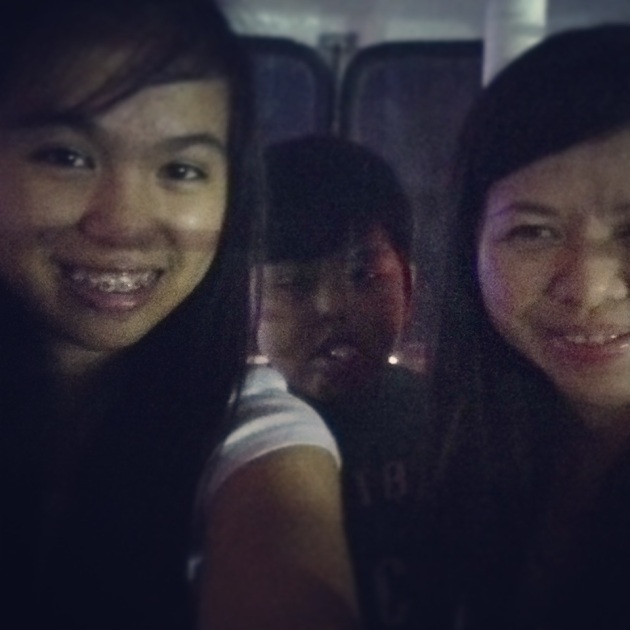 My Ferris wheel experience was not different from any of you, only that mine had several stops and each stop has something to learn, something to ponder and something to look forward to.

P.S. I’ll share more photos once my SD card works, hopefully it will…and oh tomorrow will be town fiesta again but after my Ninang Elo’s passing away in 2009 we don’t look forward much on marking this occasion, I miss her and her cooking…

city life, family, on the road, vacation, writings
← a summer getaway with the team post-election thoughts →