Habagat was another Ondoy

I thought after Ondoy it would take another 30 years for us to experience it, just like what the elders in my neighborhood says after Ondoy hits the metropolis in September 26, 2009. Roughly three years after, just when those who were badly affected then were now slowly recovering from that calamity comes another mishap. I remember my interview with an applicant two weeks ago; she badly needed the job so she can help her family recover from Ondoy as their house was washed out that time, now I wonder how she and her family survived the heavy rains and flooding yet again. I have less guilt because even before the monsoon hit Metro Manila this week, I already Okayed her papers. 🙂

Now then, Leoncio and I stayed home during the entire two days of non-stop rains because of the Southwest Monsoon (Hanging Habagat), clearly from Pag-asa there was no typhoon but the extended raining cause too much flooding all over that Malacanang had to suspend all schools, the government agencies and even the private businesses this time. I appreciate the fact that even without Malacanang’s order the company I worked had notices of work call off as early as 6am of August 7 and 8. Good job guys! 🙂

But then there were too many who were trapped along the streets, there were too many who had to vacate their home and there were some who were not so lucky to survive the after effects of the heavy rains. I can only feel sorry for them and pray that their families will soon recover from their loss. And that they have something to look forward once the sun shines to its mighty all over again. 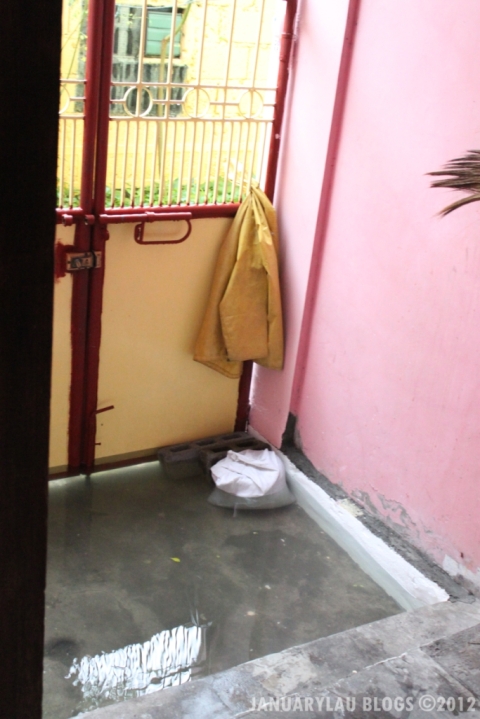 Anyhow, my area was safe except that those who lived nearby experienced flood and they keep on worrying that the flood will come back every time the rain would pour out. Though I got a little worried too on the night on Aug 7 when the flood water already entered our gateway. With more rains expected the following day, believe that it reached the second pace of that stairway and it made me panicked a little. Whew! I was thankful when the rain finally fades away.

Meanwhile at home Leoncio and I spent most of our time hooked in front of the TV watching one of our favorite Korean Drama starring Lee Min Ho. I remember Leoncio buying the disc sometime in May so we can watch the full version but we had no time to sit down as lengthy as what we recently did, we finished until Chapter 15 but there’s more to go so excuse me at times if this blog has to hang around. 😀

And despite our fear of getting flood we remained hungry as is, actually the more we tend to be big eaters in times like this. Our rainy day comfort food –Champorado and Dried Fish! 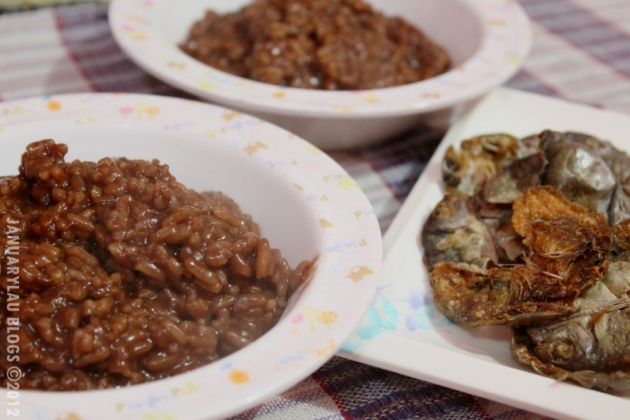 Who can’t say no to Champorado’s bittersweet taste? We felt closer to Cavite while savoring this breakfast fare.

And because I have time to dig in old cabinets, I found one that was memorable. A good read while the rainy background continues to go on. 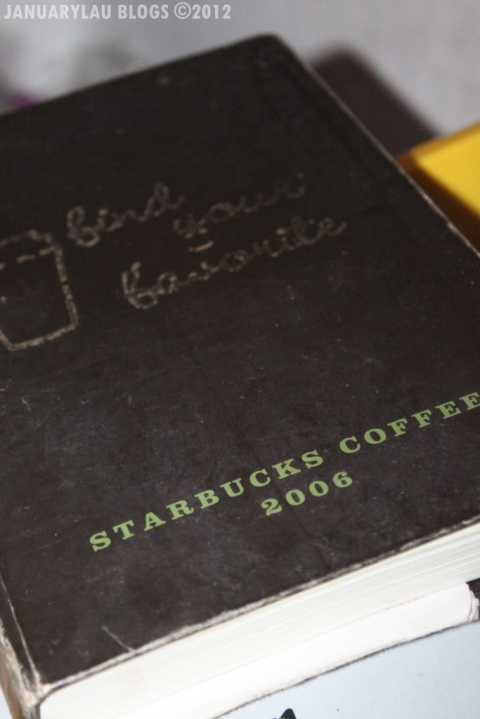 I don’t have a blog yet that time but kept hand-written journals to keep the memoirs alive.

Oh, oh the rain had stopped since Thursday though some occasional rains still happen each night. I wish everyone well, let us not be downed by this, keep hoping and keep living folks! 🙂

3 responses to “Habagat was another Ondoy”